(3) Splantzia and the Church of Agios Nikolaos. Turning from Sifaka Street into Gerasimou Street, you can still see some of the ruined and derelict buildings left by the German bombing.

Agios Nikolaos Church was originally built by the Dominican Brotherhood of Kantia in the 13th century as part of the Dominican Monastery of Saint Nicholas. The Ottomans subsequently added a minaret at the south-western corner of the structure converting the church into the main mosque of the city, the Hugar Mosque. In  1918, the former catholic church and mosque became today's Orthodox church of Agios Nikolaos with a bell tower added at the north-western corner.

We cannot underestimate the well-documented hardships faced by the local population that resulted from the Venetian and Ottoman presence on Crete. However, one cannot ignore the obvious disparity between their forms of rule on the island on the one hand, and the horrors of the German occupation on the other. In this way, we cannot dismiss the ways in which the Venetians and Ottomans, respectively, contributed to the socioeconomic, political and cultural framework of the island in their own idiosyncratic ways, while the Germans, during their four year occupation, caused unquestionable destruction on all aspects of Cretan life. Their treatment of the local population was especially harsh because it was based on their racial theories of Nazi doctrines. 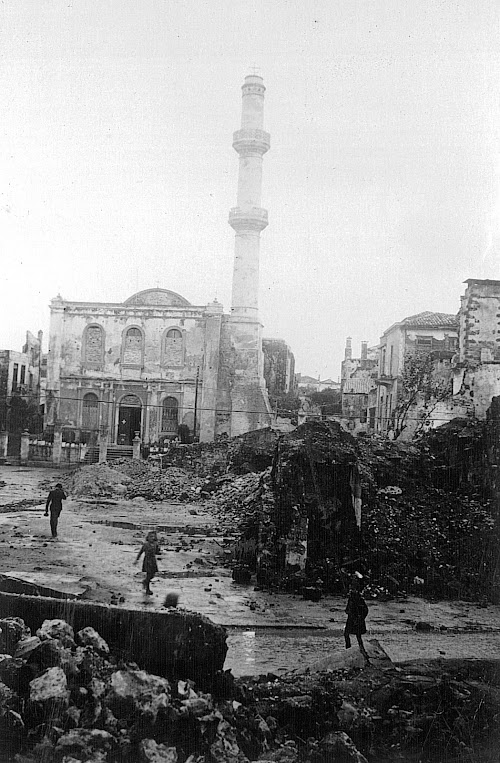 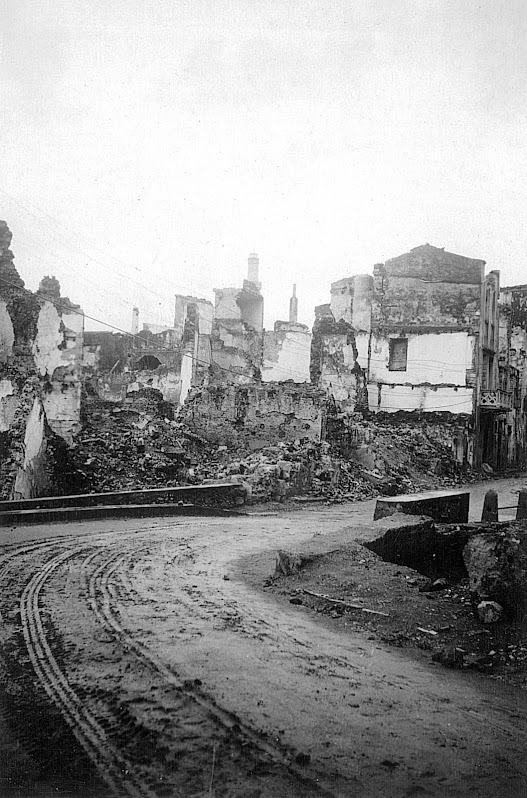 Turning from Kanevaro Street into Daskalogianni Street. These photos were taken right after the bombing. 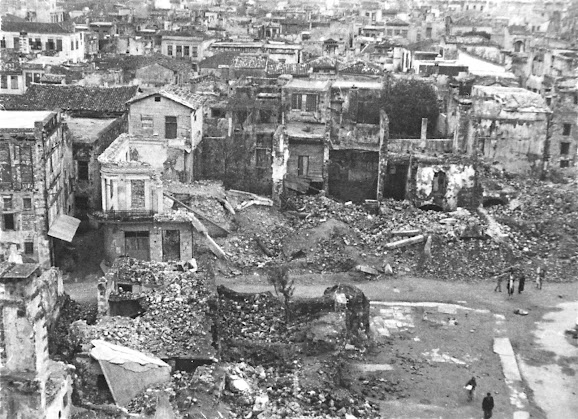 The view from the minaret of Agios Nikolaos Church into Splantzia, the street corner on the left is the beginning of Kallinikou Sarpaki Street. 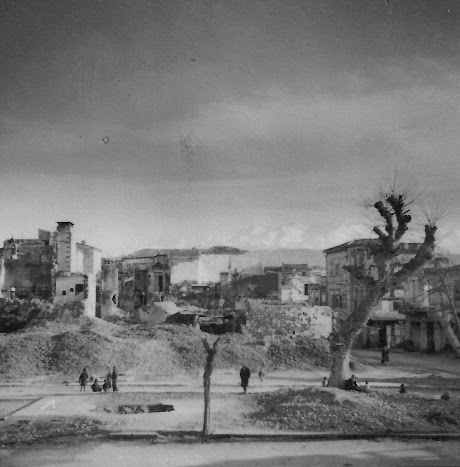 Splantzia Square with the platanos tree on the right, behind the tree again the beginning of Kallinikou Sarpaki Street. 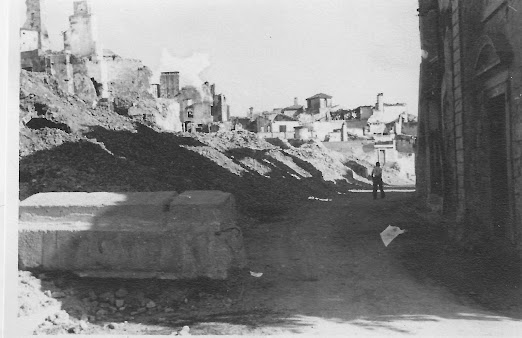 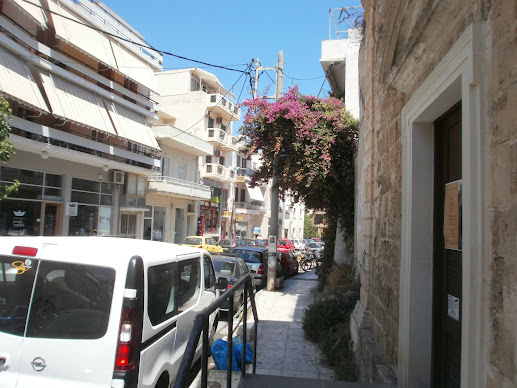 Daskalogianni Street and Agios Roccos after the bombing in 1941